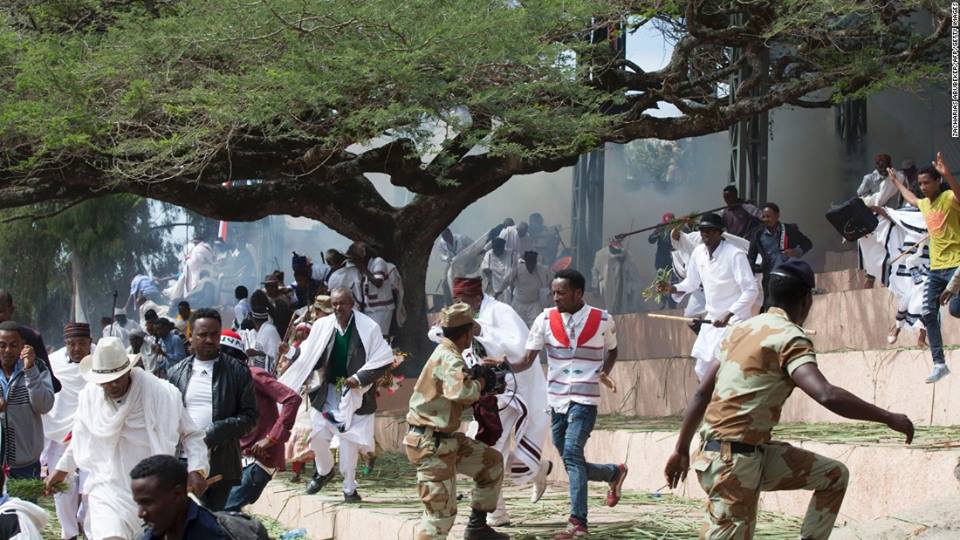 Dozens of protestors were crushed to death in Bishoftu City, 28 miles (45 kilometers) southeast of the capital, Addis Ababa, among the crowds who gathered to celebrate the Irreecha cultural festival. Security forces fired tear gas, rubber bullets and live rounds to disperse the crowd. Contrasting figures about the death toll are reported: The Ethiopian authorities confirmed the death of only 54 people, while activists and opposition parties claimed hundreds of deaths. According to the vice-president of the Oromo Federalist Congress (OFC) party speaking to Voice of America (VOA), his party has confirmed the killing of 678 people on Sunday during the annual Irreecha celebration.

Our sources reported about the death toll that about 200 people were killed. AHRE urges the Ethiopian authorities to facilitate access for international human rights monitoring bodies to conduct thorough, independent, impartial and transparent investigations into these incidents and also into the ongoing human rights violations in the country and mainly the mass killing at Irreecha festival. 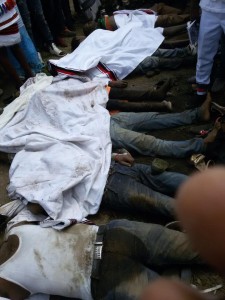 The Ethiopian authorities know that millions of people including children and elders were attending the Irreecha holiday. It is an unacceptable and extremely offensive act to use lethal force to disperse the crowd and to fire tear gas, rubber bullets and live ammunition, when people started protesting and chanting when leaders of the community were speaking.

AHRE is deeply concerned about the increasing use of excessive and lethal force against peaceful protestors in Oromia, Amhara and elsewhere in Ethiopia. Since November 2015, more than 700 protestors who advocated right based issues in Oromia, Amhara and the Southern region Konso Wereda, have been killed by security forces routinely use excessive and unnecessary lethal force to disperse peaceful protestors. Also more than ten thousand people including community leaders, journalists, opposition leaders and human rights defenders have been arbitrarily arrested, many of them being held in various military centers without charge, without medical treatment and without access to family members and legal representation.

On Monday, 3 October 2016, the day after the mass killing at Irreecha festival, , another protest broke out in many areas of the Oromia region, mainly in Ambo, Arisi, Sendafa, Shashemene, Guder, Bule Hora, Denbi Dollo. According to our sources there were also killings in most of these towns. In Denbi Dollo, at least 5 protestors were killed by security forces gunshot. Many others sustained serious injuries. Angry protestors who lost loved ones in the Irrecha mass killing, destroyed properties and set fire to government owned vehicles during the Monday protests.

AHRE is also concerned about the situation of arrested protesters who are still being held in various military centers, having received reports about harsh ill-treatment of detainees who were arbitrarily arrested during and after protests in the Oromia and Amhara regions. According to credible sources these detainees are subjected to torture and very poor health conditions.

AHRE urges the Ethiopian authorities to: