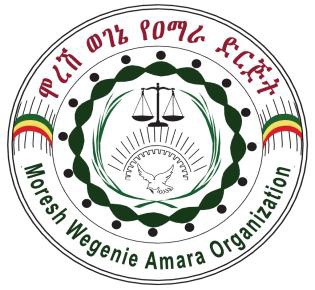 To: Members of European Parliament, Wiertzstraat 60, B-1047 Brussels, Belgium

Moresh Wogenie Amara Organization (MWAO), which sponsored the study on the Crime of Ethnic Cleansing Perpetrated on the Amhara of Ethiopia, 1991-2016, is an Amhara Organization based in America. It is legally registered in Maryland, USA, as a civic society and has branches all over the world. The Amhara is one of the two major ethnic groups in Ethiopia. MWAO aspires to share the plight of the Amhara with nations who stand for justice in general and with concerned human rights organizations in particular.

The aim of the study is to collect tangible evidence on the magnitude of the genocide and ethnic cleansing perpetrated on ethnic groups, especially the Amhara, for the last twenty-five years. The study hopes to expose the perpetrators living in Ethiopia and abroad (including European countries and North America) to demand that the perpetrators face trial, and that the survivors be adequately compensated. (click here to read the full report).