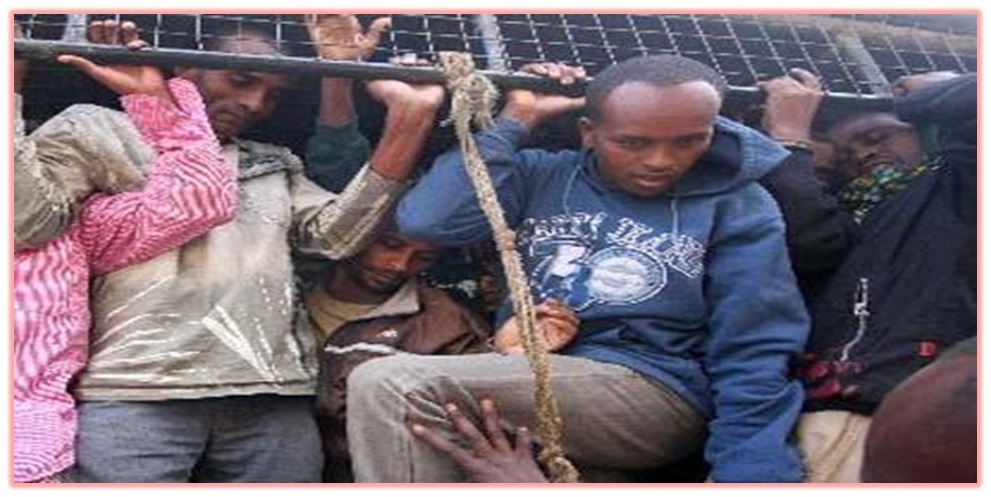 Although the word “hard labour” sounds brutal and primitive, Zambian magistrate Shadreck Chanda was merciless in passing judgment when he sent 50 destitute Ethiopians to jail for entering the landlocked nation illegally on 29 March 2013.

The Ethiopians aged 11 to 37 were caught by Zambian police at Nakonde Border post, according to the Post online website, an online Zambian paper April 21st  edition.

The magistrate who failed to show compassion to the juveniles, ordered all 50 including the well known human smuggler Sisay Asefa to serve a one-and-half-year imprisonment with hard labour or to pay fine of KR 400.00.

“The government of Zambia would not allow or tolerate people entering the country without proper papers.” Chanda told the stranded Ethiopians, victims of a well organized TPLF sponsored human smuggling gang operating between Johannesburg and Addis Ababa.

“I would have only deported you to Ethiopia but that the offence committed is serious as it borders on national security.” The Zambian magistrate added warning the Ethiopians that if they repeat the same offence, the court would not be lenient towards them.

The original charge sheet alleges that the Ethiopians didn’t inform an immigration officer upon entry as required by Zambian law.

The damning investigation will be posted soon.