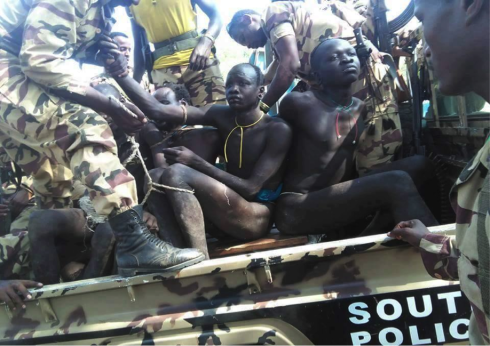 The Bank Hapoalim has made a deal to loan 200 million dollar for the purpose of assisting the rapid growth of land grabbing in Ethiopia. In the Omo valley in Ethiopia farmers are being forcibly displaced from their land in the pretext of sugar plantation which is financed and sponsored by the largest Israel’s bank (Bank Hapoalim) with more than $200 million. The Ethiopian government amazingly brought the 18th and 19th century slavery and colonial period back and applied the slavery methods on its own people so that it could easily snatch their land, of course with the help of foreign debtors like Bank Hapoalim.

The project covers 7,000 hectares (17,297 acres) of sugar cane. Israel’s Netafim said this was its largest deal ever. The finance will be provided as buyers’ credit, guaranteed by the government of Ethiopia, in tranches against milestones in the project, and will be transferred directly to Netafim as payment for exports. The government sugar company will repay the credit in 9.5 years. Netafim has 17 factories and 4,300 employees around the world, supplying to over 110 countries. Netafim said this was similar to projects that Netafim has carried out in India, South Africa, Brazil and Peru. Wealthy nations and multinational corporations are taking over lands that are home to hundreds of thousands of people not only in the Omo valley but also in Gambella and other regions of the country. The merciless Ethiopian dictatorial government has been so far a great help for fulfilling the desire of these wealthy multinational corporations by displacing thousands forcibly from their land, shooting and killing those who are against the displacement program, arresting anyone who opposes the land grabbing business and drowning millions of indigenous people in to a midst of poverty.

“EPRDF do not support the selling and exchange of farming lands. As you all know it, the Ethiopian farmers were being the victim of the bombardments from air, tanks and heavy weapons. The farmers have not accumulated any wealth and property. If land exchange and selling is legally allowed, what will happen to the farmers after giving up or selling their lands?” The above was a translated version of the late Prime Minister Meles Zenawi on the issue of the exchange and selling of land. According to the late dictator Meles Zenawi, the farmers’ life is highly depending on their lands. Indeed, for a country like Ethiopia which is not industrialized, the importance of farming land should not even be raised as a question? The late Prime Minster clearly expressed that he and his butcher party (EPRDF) oppose the selling of farming land. I frequently heard the disciples of Meles Zenawi saying that they would work day and night in order to achieve the master plan laid by their so called “ visionary leader”(Meles Zenawi). Why are they forcibly displacing thousands of people from their farming land and sell their land to foreign investor who care less about the fate of these displaced farmers, for such small price? May be it is because TPLF savages (the current dictatorial Ethiopian government) do not consider themselves as part of Ethiopia but as colonizers only. Actually, the fact that they tied the poor unarmed young farmers of the lower valley as it is seen in the picture taken on the spot clearly demonstrates and even proves that the Ethiopians are not only under dictatorial rule but also in slavery rule and conditions.

Opposing this slavery rule by the Ethiopian current government in the 21st century, several people are giving their dear lives. In the pre-text of Addis Ababa master plan, more than 150 people (most of them are university students) were shot on day light by the Ethiopian soldiers. (Ethiopian security forces have killed at least 140 people taking part in mass anti-government demonstrations since November…) These protesters were not against civilization, better life and development. They were rather against the fact that only the greedy, never satisfied and corrupted leaders will multiply their wealth leaving the majority population in an extreme poverty. The whole drama of improving the standards of Addis Ababa and Oromia region is about rushing to grab and snatch as large hectares of land as possible. Then what will happen next? The indigenous will be forcibly displaced, forced to live in an extreme poverty since they are snatched their possession, their land. They will end up being beggars or die of hunger because they will not have source of income, which was again their land. Nobody wants to see these problems. No country in the world deliberately drives its nation in to such terrifying conditions (poverty, hunger and death), of course with the exception of the current Ethiopian government. Oh! I almost forgot, it is actually a colonizer. 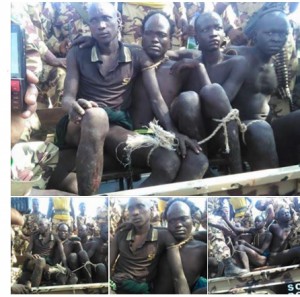 The Ethiopians have been battling for more than 25 years against dictatorial and Apartheid like rule of Woyane (the ethnic-based current Ethiopian ruling party). Some has tried the peaceful way (election, negotiation) but they failed continuously to bring the Ethiopian leaders out of their evil thinking and doings such as oppressing,colonizing, killing and robbing the people. Others have made up their mind to directly confront those butchers in an armed struggle. Since these dictators came on to the power and managed to cling on it for more than 25 years by using Guns, Tanks and Weapons. It makes complete sense that they could be communicated only by using the same tools (Guns, Tanks and Weapons) as they possess. It is a hard choice but for Ethiopians, who are dying each day of hunger and lack of food (More than 10 million people are short of food amid one of the worst droughts for decades as BBC reported it on the 31th of January 2016.), while the fingers counted corrupted leaders fatten their bank account, an armed struggle is not a hard choice but only getting the weapons is. For Ethiopians, who ae being shot and killed on day light by snipers and soldiers every time they go out on the street to voice their dissatisfactions peacefully against dictatorship and injustices, an armed struggle is not a hard choice but only the accessibility of the weapons. For Ethiopians , who are tied one another just like as of the slavery period of the 18th and 19th century at the present time by the direct order of their own government(which rushes  to snatch and sell their land to foreign investors), what other choice would they have except an armed struggle?

Journalists, politicians, religious leaders and human right activists have tried not to put an armed struggle as an option to solve the problems that Ethiopia is facing (dictatorship, freedom, injustice, inequality, corruption, poverty, respect of human rights etc.). What was the outcome? Well, journalists were (and they are still) thrown in to jails being accused of terrorizing the country. This is really funny, terrorizing the country! Who is shooting bullets directly on peaceful demonstrators on day light? Who is treating people as a slave? Is that really journalists? No, never. “Journalists have also been detained for reporting on the protests, and now, the Ethiopian English language magazine, the Addis Standard, has released an edition accusing the government of stifling public dissent by killing its own people”. Those journalists, who one way or another escape from rotting in jails for uncovering the truth about the evil actions of the Ethiopian government, are living in exile being separated from their families and country. Politicians who tried frequently to direct these savage leaders to the right direction or to end their dictatorial rule were end up killed, jailed or exiled. The same goes for religious leaders and human activists whose interests were on ensuring the respect of basic human rights.  Therefore an armed struggle is not a question for Ethiopians rather the question is on how to get armed.

The rich westerns seem to ignore our (Ethiopians) cries for peace, freedom, democracy and justice. They keep on pouring millions of dollars to the Ethiopian dictatorial government each year fearing potential terrorism around the region (east Africa). Well, the truth of the matter is that the regime that they are spending their nation’s taxpayer’s money is itself a well-qualified terrorist who has no mercy for its own people. The USA has planned to donate almost $403.883,000 in the 2016 fiscal year to Ethiopia, would of this huge sum of money be allocated for improving or terminating the lives of the Ethiopian people? This money can also be used arm the dictatorial regime heavily so that it could easily exercise its extermination actions whenever peaceful demonstrators show up on the streets. Carrying and using Military weapons as the Ethiopian current dictatorial government does, seem to be the only means of communication. Make no mistake about it;they (the two decade Ethiopian dictator leaders) will then listen to the nation’s voice.