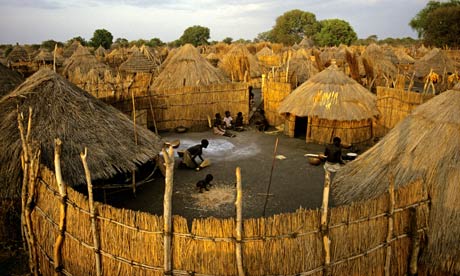 An independent panel has called for an investigation into a World Bank-funded project in Ethiopia following accusations from refugees that the bank is funding a programme that forced people off their land.

In a report, seen by the Guardian, the inspection panel – the World Bank’s independent accountability mechanism – calls for an investigation into complaints made by refugees from the Anuak indigenous group from Gambella, western Ethiopia, in relation to the bank’s policies and procedures.

The refugees claim the Protection of Basic Services (PBS) programme funded by the bank and the UK Department for International Development (DfID), is contributing directly to the Ethiopian government’s “villagisation” programme, introduced in 2010. The programme seeks to move people to new villages, but residents say this is done with little consultation or compensation, and that these sites lack adequate facilities.

In a letter sent to the panel in September, the refugees say some people have been forcibly relocated from their land, which is now being leased to foreign investors.

“These mass evictions have been carried out under the pretext of providing better services and improving the livelihoods of the communities,” says the letter. “However, once they moved to the new sites, they found not only infertile land, but also no schools, clinics, wells or other basic services.”

It says the government forced them to abandon their crops just before harvest, and they were not given any food assistance during the move. “Those farmers who refused to implement the programme … have been targeted with arrest, beating, torture and killing,” the letter says.

The refugees say they “have all been severely harmed by the World Bank-financed [project], which is contributing directly to the Ethiopian government’s villagisation programme in Gambella region”.

The letter says Ethiopian government workers, whose salaries are paid for through the PBS programme, have been forced to implement villagisation.

DfID has been criticised for failing to address abuse allegations in the South Omo region of Ethiopia, where residents told DfID and USAid officials of their experiences.

DfID is also embroiled in a legal action over its links to the villagisation programme. An Ethiopian farmer claims he was forcibly evicted from his farm. His lawyers, Leigh Day & Co, say DfID money is linked to these abuses through PBS funding in Gambella. DfID has said it is responding to the legal concerns and reviewing the allegations of rights abuses in Ethiopia.

In its report, the panel says that although the World Bank management denies links between villagisation and the PBS programme, the two are attempting to achieve the same things. “[Villagisation] is a programme that aims at fundamentally restructuring settlement patterns, service infrastructure and livelihoods, including farming systems, in the Gambella region, and as such constitutes a significant context in which PBS operates. In this sense from a development perspective, the two programmes depend on each other, and may mutually influence the results of the other,” says the panel report.

The panel says there are “conflicting assertions and differing views” on links between PBS and villagisation, the complaints by the refugees and the bank’s adherence to its policies and procedures, which could adequately be addressed through an investigation.

In a response to the refugees’ letter, the World Bank denied all links between the PBS and villagisation. It said it had not encountered any evidence of human rights abuses. It did admit the new sites “were not desirable”, but said the Ethiopian government had asked for assistance to improve them.

According to David Pred, founder of Inclusive Development International who helped the Anuak file their complaint, the PBS is funding the majority of government departments responsible for implementing the villagisation programme. “It provides both the means and the justification for villagisation,” said Pred.

The World Bank has been supporting the PBS programme since May 2006 with a commitment of more than $2bn. The bank’s board was scheduled to meet on Tuesday to discuss the panel’s report, but the meeting was postponed.

Human Rights Watch says many of the communities affected by villagisation have not been properly consulted about resettlement. It has interviewed several refugees from the region who reported that government officials have responded with violence and arbitrary detention when people have not agreed to relocate.

“The World Bank’s president and board need to let the inspection panel do its job and answer the critical questions that have been raised by Ethiopians affected by this project,” said Jessica Evans, senior international financial institutions advocate at Human Rights Watch. “If the World Bank doesn’t support this investigation, its Ethiopia programme will continue to be shadowed by controversy.”

• This article was amended on 20 March 2013. Gambella is in western Ethiopia, not eastern as we originally said.

An Anuak village in southern Ethiopia. The World Bank is under fire for links between its funds and relocation of Ethiopians. Photograph: Alamy