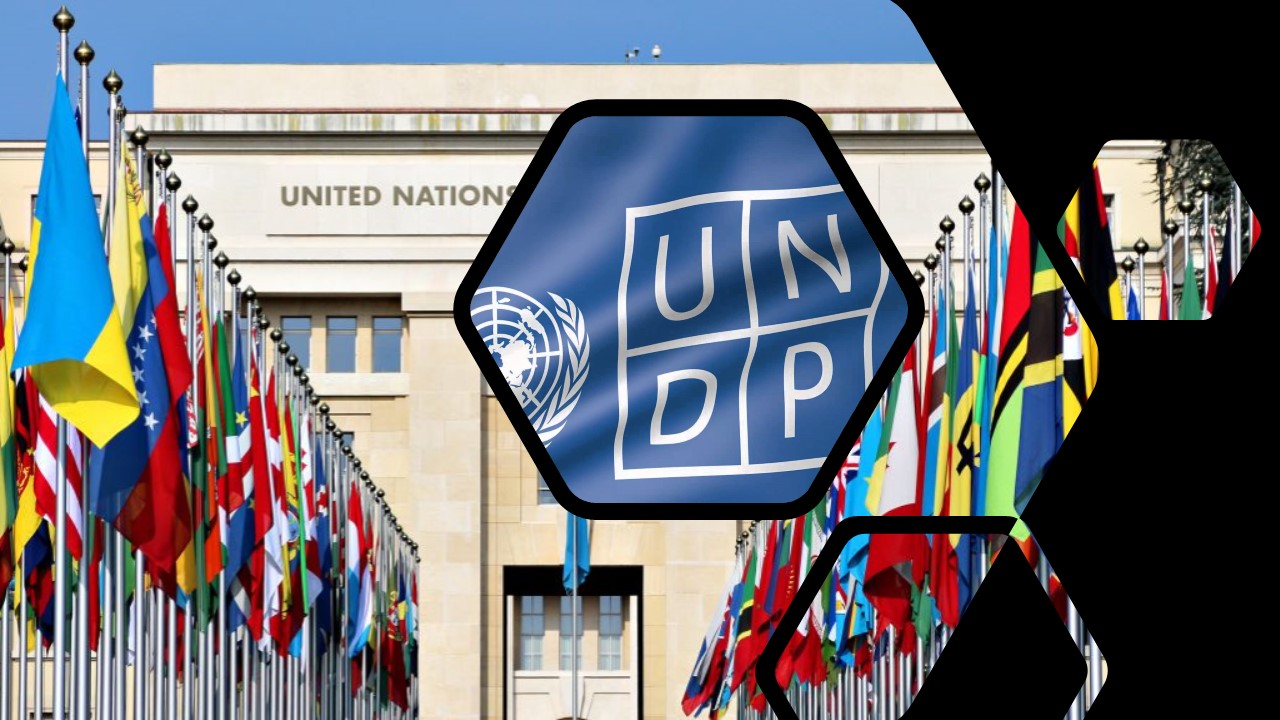 The United Nations’ top development agency said in a memo to U.N. Secretary-General António Guterres that leadership in Ethiopia’s Tigray region deserves much of the blame for provoking the federal government’s bloody offensive against the Tigrayans, appearing to suggest that a military crackdown that has driven half a million people from their homes and fueled allegations of mass atrocities may have been justified.

The confidential memo—signed by Achim Steiner, the administrator of the U.N. Development Program (UNDP)—says that “all sides” in the East African conflict bear a share of responsibility for the bloody government offensive on the northern Ethiopian region of Tigray, with federal forces receiving backing from the Eritrean armed forces and militias from Ethiopia’s Amhara ethnic group.

The four-page memo points to the Tigray People’s Liberation Front, Ethiopia’s former ruling political party, as provoking the Ethiopian government offensive by attacking and seizing Ethiopia’s Northern Command headquarters in Tigray in early November 2020, in what would have been an “act of war everywhere in the world, and one that typically triggers military response in defense of any nation,” according to the Feb. 16 memo, which was obtained by Foreign Policy.

The memo provides a largely sympathetic account of Ethiopia’s role in the crisis, echoing government talking points and repeating the Ethiopian leadership’s says that the international community has failed to address Tigrayan provocations over the past two years, including its opposition to government reforms and refusal to engage in political talks with the government. The memo also urges donor states to focus more on development and humanitarian goals and less on reprimanding the Ethiopian government over its human rights record and especially the excesses committed during the conflict. It recommends that any investigation into human rights abuses be led by Ethiopia’s own national Human Rights Commission, possibly with international participation.

“In a context like Ethiopia, this approach is likely to be counter-productive and will yield no results,” the memo states, referring to taking a confrontational tack.

The memo paints a damning portrait of the Tigrayan political leadership, characterizing it as an obstacle to the government’s reform agenda, while faulting foreign governments for failing to call the Tigrayans out over the past two years when their actions challenged the rule of Prime Minister Abiy Ahmed.

“The ghosts of a repressive 27-year TPLF regime continue to torment the country—and winning the hearts and minds for social cohesion requires accepting that there is blame on all sides, including the international community,” it states.

It remains unclear what influence, if any, the memo will have on the thinking of the U.N. secretary-general. UNDP’s pro-government stance reflects the fact that any effort to restore peace and basic services in Tigray will require the cooperation of the Ethiopian government. But it also underscores a long-standing concern U.N. observers have held about the development agency: Its dependence on member states’ approval for development programs has made the organization almost reflexively deferential to governments where it operates. The agency’s reluctance in the past to criticize governments from Myanmar to Sri Lanka as they carried out mass atrocities against ethnic minorities inflicted lasting harm on the U.N.’s reputation as a champion of human rights.

Senior U.N. and UNDP officials said that the memo does not reflect the official U.N. position and that is simply one of a number of briefing notes reviewed by senior leaders in the organization seeking to forge a U.N. position on the crisis.

“These internal briefing notes provide insight and analysis based on a variety of views and positions of stakeholders on the ground, and do not constitute UNDP’s endorsement or official position on a particular issue,” according to a statement from a UNDP spokesperson.

A senior U.N. official, speaking on condition of anonymity, said that Guterres’s own views on the crisis are reflected in recent statements by the U.N.’s chief relief coordinator, Mark Lowcock, who in a briefing cited claims by fleeing civilians that there “is an orchestrated campaign of ethnic cleansing across parts of Tigray, with large numbers of witnesses reporting that Eritrean soldiers and Amhara militias are responsible.”

The senior U.N. official also said that Guterres agrees with a March 4 statement by the U.N. high commissioner for human rights, Michelle Bachelet, who cited credible reports “about serious violations of international human rights law and humanitarian law by all parties to the conflict in Tigray in November last year.”

The UNDP memo says that Abiy was initially reluctant to use force in Tigray, despite the risk of appearing weak, and withheld financial support to Tigrayan authorities to get them to back down on holding an election independently from the rest of the country. But it says Tigrayan troops forced his hand with its attack on the Ethiopian army’s Northern Command and armory facilities.

Since the fighting began, the Ethiopian government has not received credit for confidence-building measures it has taken to contain the situation, the memo says. It cites the payment of two months of unpaid salaries to government workers, as well as the restoration of key electrical, banking, and telecommunication services.

It repeats Ethiopian talking points that the Tigrayans released some 10,000 prisoners from the town of Alamata, contributing to insecurity and complicating efforts by an interim administration appointed by the Ethiopian government to govern.

The memo also underscores the urgency of an expanded U.N. role in Tigray, investing in peace-building and recovery efforts. “Our assessment is that the UN is not yet ready for an effective response—a main part of which is explained by insecurity, but also internal preparedness,” the memo says.

Access and communications for relief workers and journalists have been sharply cut off in the battle zone, complicating efforts to penetrate a deluge of misinformation that has emerged from Tigray in recent months.

Ethiopia’s Tigray population accounts for only 6 percent of the country’s population of 110 million people. But the Tigrayans dominated Ethiopian political life for nearly three decades, after Meles Zenawi, an ethnic Tigrayan, came to power in 1991 and ruled as a harsh autocrat.

The Tigrayans’ privileged position came to an end in April 2018, when Abiy Ahmed, a member of the country’s largest ethnic group, the Oromo, came to power. He was awarded the Nobel Peace Prize the following year for ending the country’s 20-year-long war with neighboring Eritrea. But tensions between his government and Tigrayan political leaders have been growing in recent years, culminating in the Tigrayan decision to hold a regional election in September 2020, in defiance of the Ethiopian government, which had postponed elections due to the coronavirus pandemic.

The political dispute escalated into all-out warfare on Nov. 4, when Tigrayan forces launched a surprise attack on the Ethiopian Northern Command’s headquarters in Mekele, and hit several other government bases throughout Tigray. The Tigrayan leadership described the operation as a preventative attack aimed at forestalling an imminent Ethiopian assault.

Ethiopian forces, backed by militias from the Amhara ethnic group, launched an all-out counteroffensive against Tigray, triggering international condemnation and fueling reports of ethnic cleansing and famine. Human rights watchdogs say some of the worst atrocities have been committed by forces from neighboring Eritrea, which entered the war in support of Ethiopia’s offensive, and by other militia groups aligned with the Ethiopian government.

Lowcock, the U.N.’s emergency relief coordinator, told the U.N. Security Council on March 4 that “multiple credible and widely corroborated reports from Tigray … speak of widespread atrocities, involving mass killings, rapes, and abductions of civilians.” He cited reports of “large-scale, organized, and systematic sexual violence,” noting that woman and children are being raped in front of their families.

“Eritrean soldiers are alleged to have deliberately killed worshippers inside a historic Christian church in Axum,” he added, referring to a Tigrayan town where reports emerged of a massacre of civilians. “There are multiple reports from many sources of boys and men over the age of 14 being singled out and deliberately killed.”

Last week, Human Rights Watch doubled down, accusing Eritrean troops of massacring “scores” of civilians in Axum, and called for the establishment of an independent inquiry into war crimes and possible crimes against humanity. “Eritrean troops committed heinous killings in Axum with wanton disregard for civilian lives,” Laetitia Bader, Human Rights Watch’s Horn of Africa director, said in a statement. “Ethiopian and Eritrean officials can no longer hide behind a curtain of denial.”

But the UNDP memo urges engagement with Addis Ababa, not censure. The memo paints a dire portrait of humanitarian conditions in Ethiopia, which was already suffering from locust infestations and drought before the war. Today, around 4.5 million people in Tigray are struggling to find food, health care, water, and other essential services. The health system has all but collapsed, and health workers are largely staying home out of fear that Eritrean soldiers will come to the hospitals to loot and kill, according to the memo. As many as 1.3 million children are out of school, and many of their teachers have fled the rising insecurity.

“Everything within the UN rule book tells us it is a moment to engage with the government and people of Ethiopia,” the memo reads. “It is an opportunity to put the humanitarian, development and peace nexus into action. To succeed will require a reassessment of the international community’s current hard talk and posture.”

The U.N. agency echoed many of the Ethiopian government’s grievances, citing the “strong sentiment” that the international community is applying “double standards” in its dealings with the Ethiopian government and the renegade Tigrayan political movement. “There is no evidence of any early action taken by the international community to stem what was known to be a 2-year-old cancer in Ethiopia’s body-politic,” the memo stated.

American and European officials have taken a much different tack. U.S. President Joe Biden’s U.N. envoy, Linda Thomas-Greenfield, has voiced concern that the conflict in Ethiopia could spiral into a full-fledged regional crisis, and said preventing further devastation falls squarely on Abiy’s shoulders.

“What’s happening in Ethiopia has had, and will continue to have, devastating consequences for thousands of innocent people, and it poses a direct threat to regional peace and security,” Thomas-Greenfield told the U.N. Security Council on March 4. “The onus to prevent further atrocities and human suffering falls squarely on the Ethiopian government’s shoulders.”

“We urge the Ethiopian government to support an immediate end to the fighting in Tigray. And to that end, the prompt withdrawal of Eritrean forces and Amhara regional forces from Tigray are essential steps,” she added.

The memo—titled “Mission to Ethiopia: Focus on Tigray”—summarizes a “scoping” mission to Ethiopia by Ahunna Eziakonwa, the director of UNDP’s Africa regional bureau, who held meetings with Abiy and Ethiopian President Sahle-Work Zewde. It suggests that Ethiopia’s leadership is open to a broader role by the United Nations.

“Initial anger against the international community’s pushback is now waning, as more partners reach out to the federal government and express a higher degree of understanding the current situation,” the memo says. “The PM [Prime Minister Abiy] specifically singled out the Secretary General as among those who extended a hand of friendship and engaged constructively.” It also praises a recent visit by the executive director of the World Food Program that could “open doors for increased humanitarian access.”

The memo outlines a series of six “immediate actions” to help resolve the crisis in Ethiopia, including a proposal for the federal government to negotiate the withdrawal of Eritrean troops and the “[f]ull scale acceleration of recovery and development programmes in Ethiopia.” It also counsels Ethiopia’s Amhara militia involved in the attack to resolve its differences with the Tigrayans peacefully, through legal, constitutional means.

“This may not be the time to settle old scores however justifiable,” the memo states.