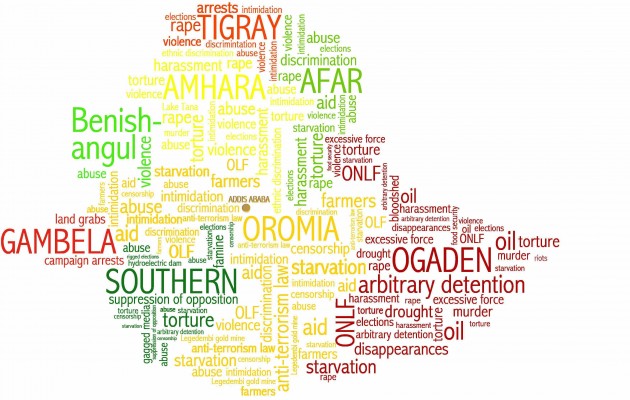 Our country’s young population is coming of age within a decade, but is our nation’s politics ready for such huge demographic shift? What are the political challenges that we need to address to create a conducive political culture for our youth to live in a peaceful, stable and prosperous Ethiopia?

A young population has a great potential for economic, social and spiritual growth, but it is only a potential. Like all other untapped resources, if our young population is not understood, managed and utilized ethically and morally, the danger for misuse and mismanagement is immense.

In the past 40 years our nation has gone through incalculable suffering in all layers of our shared reality. Most tragedies, in my humble opinion, could have been averted given the right state of mind, preparation and leadership.

The 65% factor is a responsibility, for those of us who anticipate a tsunami of a major demographic shift in the horizon, to take a proactive and influential role in paving a new path of  constructive political culture.

The 2012 US re-election of President Barack Obama is mainly attributed to the demographic shift in the American political landscape. It was a major shift but the Republicans either didn’t anticipate it or felt deluded in their desire to ‘take back’ America. The demographic shifts of the Arab world are also, to a large extent, credited for the emergence of Arab Spring (Hoffman, 2012).

Ethiopia will also, in the next decade, have a major part of its adult population dominated by young adults, the 20 to 30 age group, resulting in a major demographic shift. Psychologists stress the crucial  importance of the formative years of a young person on self perception, worldview and major life decisions (Lerner).

It is this psychological reality that makes me believe the 1960s Ethiopian youth experienced a political upheaval that stunted and deformed its potential for the emergence of a new, normalized political discourse in Ethiopia. The 60s generation went through the traumatic experience of the Red Terror and other political conflicts which have contributed deeply to its self-preservative, vegetative state of continually concocting political strategies and tactics with major militant undercurrent.

After having learned from their traumatic experience, my father’s generation, who, by the way, was political prisoner of the Derg for 8 years, needs to wake up and realize that its political culture should not be inherited by the 65% for the very fact that the 60s political culture is a culture deformed by traumatic political violence and the absence of a fall back culture of political  consensus.

Now, the 65% young population is the sole opportunity for the Student Movement generation and my post-revolution generation to realize that we can neither follow the lose-lose path of civil war nor the gamblers road to popular uprising. Both paths have resulted in self-inflicted, four decades long, dysfunctional and futile political culture.

The 60 million Ethiopians, under the age of 24, need to see a role model to follow on how to resolve political differences, tensions and crisis. If those of us who are propagating the lose-lose path of civil war have our way, the 65% will learn hostility, violence and war.

On the other hand, if those of us salivating for a Libyan, Egyptian or even Syrian type of uprising get our way, we will be gambling with the potential of the 65%. And unless we are willingly forgetting what has happened in the above mentioned nations, we should also remember our own nation’s 1974 uprising and the catastrophic outcome. Revolution is a gamble.

The need for a paradigm shift in our violence-or-gambling mode of political thinking is the very reason I decided to advocate for the 65% Ethiopians. As a nation we are at a point where we must grow up and mature; we must abandon the politics of trauma and the failed violence-or-gambling paths and turn our focus towards exploring the underutilized and ignored path of initiating dialogue among the ruling party and legal opposition parties to create a much needed political consensus in Ethiopia.

After having talked to 18 Ethiopians in Paltalk political discussion forums, both pro and against the ruling party, I have realized that the idea of political consensus (Poletikawi Megbabat) is under-explored and under-developed within our community’s context.

The 65% need to witness political consensus in action in Ethiopia for the very fundamental purpose of shaping and building a constructive political culture during their formative and young-adult years.

Here is what I am proposing: The exploration and development of the idea of political consensus, on both conceptual and practical levels, to normalize the political discourse in Ethiopia. If you believe in this path, please let us raise awareness about the need for political consensus by exploring, writing, speaking, and advocating about political consensus as the superior solution for our nation’s political predicament.