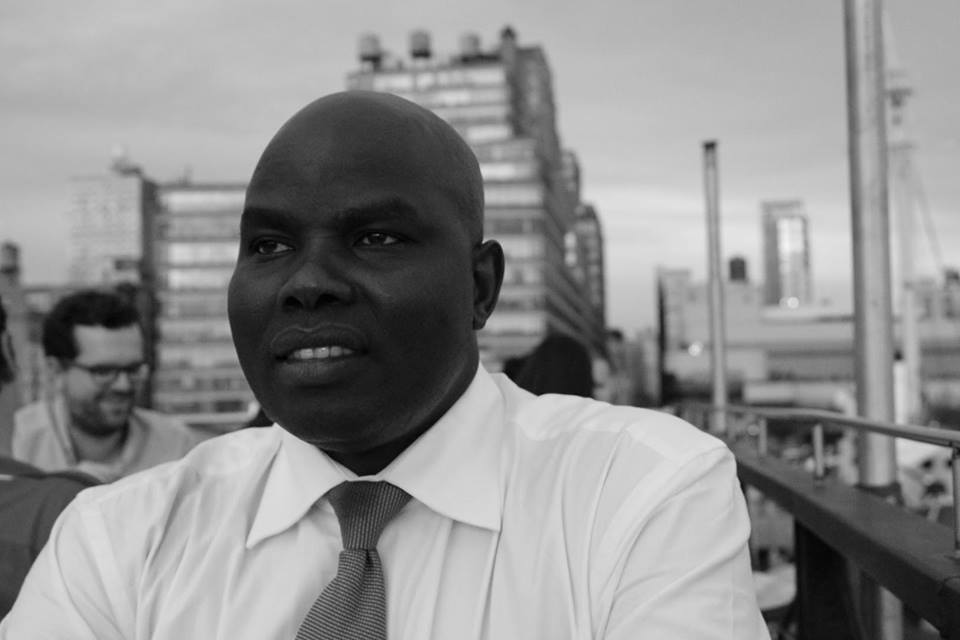 Speaking at MRG’s London office as part of a nationwide tour, Executive Director of the Solidarity Movement for a New Ethiopia, Obang Metho, sheds light on the systematic violation of indigenous land rights by Ethiopia’s autocratic regime, resulting in the alleged torture and imprisonment of those who resist. And although this is happening in a land far, far away, says Obang, these atrocities are funded by UK aid.

‘We live in a country where the minorities are not only denied their rights, but where their rights do not exist,’ deplored Mr Metho, painting a picture of Ethiopia as a land without rule of law, accountability, or even respect for the basic liberal principle that all people are equal. As a member of a minority tribe called Anuak, which comprises less than 0.1% of Ethiopia’s population, based primarily in the south-west region of Gambella, Obang claims to have had first-hand experience of being treated as a second-class citizen.

The problem in Gambella, however, is not one of poverty. ‘People usually know Ethiopia for the starvation, dead cows, skinny children, people not having enough food to eat,’ explains Obang, ‘but Gambella is one of the most fertile areas in Ethiopia.’

According to Mr Metho, the indigenous inhabitants of Gambella live off their land and the rivers; they breed their own cattle and grow their own crops. But the activist explains that while Gambella’s indigenous communities are self-sufficient, they receive no support from the government in terms of education, healthcare and the provision of clean water. On the contrary, he says, they are deprived of their only means of survival by a state policy of land grabbing. 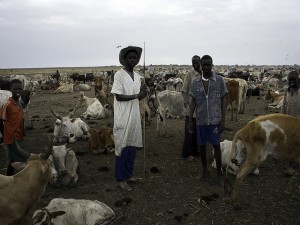 Obang describes the process of land grabbing as a brutal one. He claims that the government uses armed force to turn entire communities out of their homes, transporting them miles away from the land their families have owned for centuries before leasing the land to foreign firms, which turn it into commercial farms or sugar plantations in order to attract investment.  Obang claims that millions of acres of Ethiopian land have been seized in this way since the global food shortage in 2008.

‘In China, their population is skyrocketing,’ explains Obang, ‘their population needs food. But where do they find it? From somewhere where people have no voice, like Ethiopia.’

Obang explains that those who refuse to vacate their land and burn down their huts are generally arrested by Ethiopian authorities, tortured or forced into exile – allegations which have been echoed in NGO reports. Mr Metho claims that those who comply with the demands generally do so because they are promised the alternative of ‘villagization.’ While this term summons images of comfort, community and urban development, the reality is reportedly quite different:

‘The government’s action plan was to give these people access to services… But since the people have been displaced, which is up to three years ago for some of them, there’s nothing. There’s no school built, there’s no health centre… the local people had to build the school with wood, and the kids sit on the rocks. So some of these villages are abandoned, no one’s living there anymore.’

‘These are people who are used to feeding themselves, but now the government gives them food aid with ‘USA’ written all over it, while they sit there and do nothing all day. Making the people inactive… there are no words to describe that kind of injustice,’ he adds. ‘They’re taking them somewhere where the food will be given to them! The irony is just ridiculous. And no one is saying anything about it.’

According to Obang, Western aid perpetuates Ethiopia’s land grabbing policy; he claims that the donations, which constitute 40% of the country’s GDP, ultimately pay the wages of the Ethiopian soldiers commanded to seize indigenous property, while UK and US-supplied food packages are channelled to communities which have been ‘villagized’ against their will.

‘[Donor countries] don’t want to hear the words “accountability, transparency, corruption, good governing, human rights” because they carry responsibility,’ says Obang. ‘So they have turned a blind eye. Ethiopia is getting almost 3.1 billion dollars from the West. But rule of law..? The simple rights that the donor countries are founded on are being violated right in front of them, and they’re not doing anything about it.’ 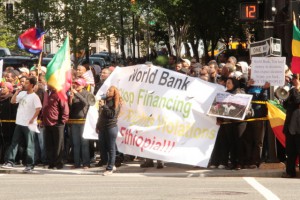 British press coverage of one particular lawsuit against the UK Department of International Development by an Ethiopian victim of land grabs reflects this neglect. The plaintiff, “Mr O,” claims that UK aid, intended to supply starving Ethiopians with food and clean water, was misused by the State to pay the military who forcibly seized his land and tortured him. One particular leading British newspaper saw no reason for the UK to exercise due diligence on its aid exports, opting instead for a particularly inflammatory headline.

Obang believes that the Western media’s silence on the plight of Africa’s indigenous populations is tactical: ‘The donor countries of the West are turning a blind eye because Ethiopia claims to protect its national interests through the war on terror, fighting al-Shabab,’ says Obang, who agrees that while national interests are important, greater attention needs to be paid to the needs of individual citizens. ‘We need to have a society where we see the humanity before anything else, before religion, language, dialect,’ insists Obang.

‘For me it’s not a land grab. It’s life grabs. It’s grabbing the life and the future of these people,’ explains the activist. ‘These are not people who have grown up on food that’s been bought by income from the office. These are people who survive on the land… They are agriculturalists. So for them the land is who they are. So the land is their identity. They are the land, the land is them. And so when the government is coming to give this land to the foreigners without consultation, without compensation, it’s really scary.’

However, Obang reminds us that this is not the first time that foreigners have exploited poor governance in Africa in order to reap the continent’s resources. ‘This is what I call “the second scramble for Africa,”’ says Obang. But this time, he claims, Africans are taking a leading role.

‘An Ethiopian making the decision to lease 360,000 acres of land for 99 years for 99 cents without consulting the people is almost equivalent to the Berlin Conference in 1884. The Europeans made the decision to divide up Africa. Africans were not at the table. The decision was made, and even today, Africans are paying the price for that because they were not consulted,’ explains Obang. ‘And the same thing [is happening] now, these African dictators, autocratic leaders which are not elected by the people are doing exactly the same thing in terms of land grabs, in terms of natural resources .’

For Obang, the solution is unlikely to be a peaceful one. ‘Ethiopia is a ticking bomb’, he warns, ‘if it is not handled properly, it could be worse than Rwanda, because you have a tiny minority controlling everything: the Tigrayan people… The ethnic volcano will erupt in Ethiopia and when it does, everyone will say, “Oh, we didn’t know about this”.’

For Obang, therefore, the answer is to raise global awareness to the neglect of indigenous rights in Ethiopia and the unethical nature of trade relations between African countries and wealthier countries. His organisation, Solidarity Movement for a New Ethiopia, aims to sensitise indigenous communities in Ethiopia to their rights – a difficult task given that many NGOs and political opponents are either imprisoned in Ethiopia or banned.

‘We try to mobilise more people in the Diaspora and get the message back to the people,’ he says. ‘We have to be more tactical… we have what we call a “tree-mail.” If we want to send an idea, we write an article, send it to a person, and then that person prints it out, goes out late at night and nails them on the trees. So there is a way,’ insists Obang, ‘you cannot deny human freedom completely.’

But Mr. Metho insists that his cause requires long-term, international pressure to be placed on African despots. This, according to Obang, can only be achieved by encouraging world leaders to set aside trade concerns and Ethiopia’s elusive “national interests” and focus instead on the sufferings of individuals. Instead of seeking further Western aid, therefore, Obang merely asks that existing aid – which comprises 40% of Ethiopia’s GDP – be attached with the same transparency and accountability that is so valued in the Western world. ‘We are not asking the Western countries to free Africa,’ he explains, ‘but we’re asking them not to be the road-block for Africa.’