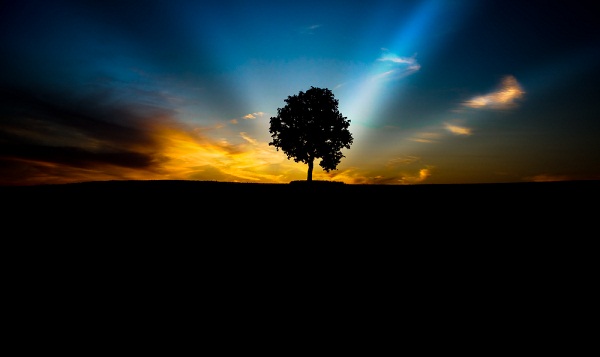 Is United States policy towards Ethiopia shifting? For years Ethiopians, social justice groups, human rights organizations and civic groups have been calling on donor countries to demand greater accountability from the Government of Ethiopia for funds received, citing the lack of political space, endemic injustice, the repression of basic freedoms and widespread human rights crimes; however, now, the people of Ethiopia have reason to expect that the climate of impunity is changing.

The United States House Appropriations Committee has included stringent new requirements of accountability from the Government of Ethiopia in a section of the new 2014 bill that directly addresses Ethiopia. (Please refer to the sub-section of the bill below.) It links the release of U.S. funds designated for Ethiopian military and police forces to Ethiopia’s implementation of corrective policies that would address the declining state of human and democratic rights in the country, including in the Somali Region of Ethiopia where access to the area must be given to human rights and humanitarian organizations. New steps are also to be required that would document actions taken by the government “to investigate and prosecute members of the Ethiopian military and police who have been credibly alleged to have violated human rights.” This is commendable because it is the accountability we have been calling for since the investigations following the Gambella massacre. The names are there but what has always been missing is the impartial judicial system.

The law also prohibits funds appropriated to Ethiopia under the headings, “Development Assistance” and “Economic Support Fund” that are available for the lower Omo Valley and the Gambella region to be used directly or indirectly in the forced evictions of the people. Rather, it is to be used to “support initiatives of local communities to improve their livelihoods” and requires that these initiatives “be subject to prior consultation with affected communities.”

Additionally, it requires the Secretary of the Treasury “to instruct the United States executive director of each international financial institution, like USAID (United States Agency for International Development), the World Bank and the IMF (International Monetary Fund), to oppose financing for any activities that directly or indirectly involve forced evictions in Ethiopia.” This means in any area of the country. Finally the people of Ethiopia have been heard. The United States’ decision, as the largest donor to Ethiopia, will make a difference; hopefully, other donor countries will follow.

If this had been a jury hearing, the burden of proof would have been established. We want to thank those on the House Appropriations Committee for including this in the bill. We also want to thank those in the House and Senate who are responsible for passing this section of the bill, finally pressuring the Government of Ethiopia to be more accountable for its use of U.S. taxpayer funds and more accountable to its own citizens.

Others within the U.S. House, like Congressman Christopher Smith, the chairman of the Subcommittee on Africa, should also be lauded for his continued work which is still in process. Reportedly, that bill will call for democratic reforms in Ethiopia and is a result of the House Sub-committee hearing on Ethiopia last June.

We also want to recognize the work of many different organizations and individuals who have contributed to this outcome through advocacy, research, investigation, documentation, appeals, legal actions, organizing and networking. Such efforts take commitment, resources, perseverance and time, but eventually these efforts can become the leverage necessary for meaningful changes in Ethiopia, like have been accomplished after years of work in countries like South Africa, Chile, and Ghana.

This should encourage Ethiopians and those fighting for reforms in Ethiopia to do more and to not give up. Even with this new law in place, individuals, communities and organizations—both Ethiopian and non-Ethiopian—are critically needed to monitor the situation on the ground; otherwise, compliance may only be rhetoric or on paper. We are hopeful other countries will follow suit.

We know donor countries have a history of aligning with Ethiopia, despite its democratic failings, because it has been the most stable country in a neighborhood of failing and failed states; however, overlooking its deficiencies has weakened its prospects for sustainable stability, increasing the risk that simmering tensions and ethnic divisions within the country could erupt into ethnic violence that could destabilize the entire region. On the other hand, due to Ethiopia’s strategic position in the Horn of Africa and its central importance to Africa, a more democratic Ethiopia could offer much to the continent as well as to global partners. Internal corrections will move the country in the right direction.

Over the coming year or more leading up to the next election in Ethiopia, Ethiopians must be working hard to press for the opening up of greater political space, the implementation of meaningful reforms and engaging in more dialogue across lines of isolation and alienation. This means that reconciliation efforts must come to the forefront. It is a time for truth-tellers, reconcilers and agents of change. This cannot be left in the hands of a few. Yes, Ethiopians should be grateful to those supporting the passage of this bill and for those advocates of freedom, justice and human rights in the world who have helped us and continue to do so; however, ultimately, with God’s help, we Ethiopians must free ourselves.

For those within the TPLF/EPRDF- led government who may not initially be pleased with this new bill or the one being advanced by the House, we encourage you to think forward to an Ethiopia that has a place for both “our children” and “your children” only because meaningful reforms were implemented. Come to your senses. Let us implement it with genuine diligence. We the people will do our share. We urge you to do the same.

The freedom we envision in a New Ethiopia is not only for those living under oppression, but it is also for those who are doing the oppressing for “no one is free until all are free.” If meaningful reforms are to happen, we must start talking with each other rather than about each other, even if we disagree. Let us start the discussions with the following critical issues which have kept our country in shackles:

No society is at peace until the basic rights of all of the people are observed; not given to only a few based on someone’s favored ethnicity, gender, political viewpoint, religion or other distinction, but given equally because we are all human beings, given life, dignity and value by our Creator God. The New Ethiopia has to start in the hearts, souls and minds of the people, not only of the oppressed, but also of the oppressor. This new bill requiring more justice for all people in Ethiopia is a gift to all of us!  Let us use this God-given opportunity for the common good of the Ethiopian people of today and tomorrow!

SMNE (www.solidaritymovement.org ), is a non-political and non-violent social justice movement of diverse people that advocates for freedom, justice, good governance and upholding the civil, human and economic rights of the people of Ethiopia, without regard to ethnicity, religion, political affiliation or other differences. The SMNE believes a more open, transparent and competitive market economy, supported by viable institutions and reasonable protections, which provides equal opportunity, will result in greater prosperity to the people rather than keeping it in the hands of a few political elites.

A copy of the sub-section of the House Appropriations Bill (2014):

(d) ETHIOPIA.—Funds appropriated by this Act that are available for assistance for Ethiopian military and police forces shall not be made available unless the Secretary of State—

(i) protect judicial independence; freedom of expression, association, assembly, and religion; the right of political opposition parties, civil society organizations, and journalists to operate without harassment or interference; and due process of law; and (ii) permit access to human rights and humanitarian organizations to the Somali region of Ethiopia; and (B) submits a report to the Committees on Appropriations on the types and amounts of United States training and equipment proposed to be provided to the Ethiopian military and police including steps to ensure that such assistance is not provided to military or police personnel or units that have violated human rights, and steps taken by the Government of Ethiopia to investigate and prosecute members of the Ethiopian military and police who have been credibly alleged to have violated such rights.

(2) The restriction in paragraph (1) shall not apply to IMET assistance, assistance to Ethiopian military efforts in support of international peacekeeping operations, countering regional terrorism, border security, and for assistance to the Ethiopian Defense Command and Staff College.

(3) Funds appropriated by this Act under the headings ‘‘Development Assistance’’ and ‘‘Economic Support Fund’’ that are available for assistance in the lower Omo and Gambella regions of Ethiopia shall—
(A) not be used to support activities that directly or indirectly involve forced evictions; (B) support initiatives of local communities to improve their livelihoods; and (C) be subject to prior consultation with affected populations.