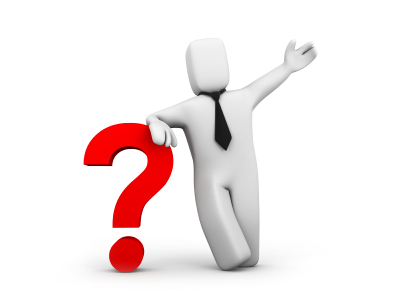 After being part of Ethiopia for forty years, the people of Eritrea held a referendum in April 1993 and decided to establish an independent state.  The referendum took place in the aftermath of a thirty-year insurgency against two successive Ethiopian regimes waged by the Eritrean Peoples Liberation Front (EPLF). At the same time, an allied insurgent group, the Tigrean Peoples Liberation Front (TPLF), took over power in the Ethiopian capital, Addis Ababa, after the military collapse of the Soviet-supported regime headed by President Mengistu Haile Mariam.

Between 1993 and 1998, the two “brother” governments of Eritrea and Ethiopia, headed by the EPLF and TPLF, enjoyed excellent relations.  They maintained a common economic system that allowed landlocked Ethiopia full access to the Eritrean Red Sea ports of Asab and Masawa, including control of their own handling facilities for the transit of cargo.

The relationship started to cool in 1997 when the Eritreans created their own currency, the Nakfa. They did this without arranging to establish a system of daily settlements for cross border trade between their currency and the Ethiopian Birrh.  This could have been done through a facility provided by the International Monetary Fund. Without such a facility in place, the Ethiopian Government announced that all cross border trade had to be settled in US Dollars.  This resulted in a financial setback for Eritrea because of its limited access to hard currencies.

In 1998, the Eritrean Government complained that Ethiopian government representatives, including police, were beginning to encroach on Eritrean territory near the border town of Badme in southwest Eritrea.  According to Eritrean sources, four of their police officers who went to Badme to investigate turned up dead.  Again, the Eritreans said that they had no choice but to retaliate with military force against the alleged Ethiopian encroachments and murder of their policemen.  The Ethiopian Government denied all of the Eritrean allegations about encroachments and the killing of Eritrean policemen, claiming that the Eritrean military attack was totally unjustified.

Instead of negotiations, the Eritrean action triggered a massive Ethiopian armed response, unleashing a major bilateral war that lasted two years, and that caused approximately 100,000 dead and wounded on both sides.

Under Algerian Government mediation, a cease-fire was accomplished in 2000. In view of the border as the ostensible main issue in contention, the Algerians established the Ethiopia-Eritrea Border Commission (EEBC) to arbitrate the exact boundary line. While the EEBC was doing its work, the long border remained heavily armed on both sides.

The results of the EEBC arbitration upheld Eritrea’s main claims on the border delineation.  The Ethiopian Government made a public statement agreeing to the arbitration result, but insisted that it would not proceed to delineate the final border settlement until they could have bilateral discussions with Eritrea. The Government of Eritrea declared that it was open to discussions without any preconditions, but insisted that Ethiopia first had to delineate the border pursuant to the arbitration decision.  This total stalemate in the bilateral relationship has continued until the present, with both governments holding to their inflexible positions.

Because of the stalemate, the border has remained heavily armed on both sides.  This situation has caused particular hardship to Eritrea. Because of the country’s small population, young men conscripted into the armed forces to patrol the long border have had to serve for indefinite periods without knowing when they would be demobilized and returned to their families. As a result, over the past decade thousands of young Eritrean have ‘illegally’ left their country to seek asylum in the other countries, including Ethiopia, Egypt, Israel, the Emirates and southern Europe.

In addition to the expensive armed camps on both sides of the border, the situation of ‘no peace—no war’ has resulted in a total stoppage of cross border trade, and the loss to Ethiopia of Eritrea’s convenient nearby ports for Ethiopia’s exports and imports.  Ethiopia’s only access to the ocean since the war began has been via the 900 mile antiquated railway from Addis Abeba to the port of the neighboring country of Djibouti at the entrance to the Indian Ocean from the Red Sea.  In addition to the long distance between Djibouti and Addis Abeba, port fees in Djibouti are excessively high. 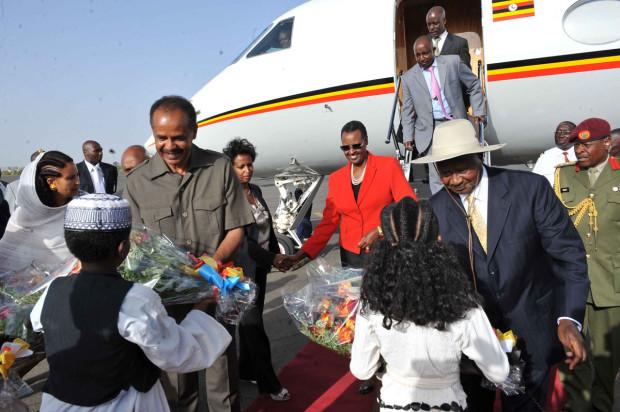 To make matters worse, both Ethiopia and Eritrea have become ensnarled in the chaos of Somalia since that government collapsed in 1991. The rise of the Islamist group Al Shabab, with abundant assistance from al-Qaeda in the Arabian Peninsula caused Ethiopia to send troops to Somalia at various points from 2006 to the present day. Between 2006 and 2010, the security crisis in Somalia has caused relations between Eritrea and the United States to deteriorate badly. In 2008, the George W. Bush Administration declared Eritrea to be a “state sponsor of terrorism”, thereby triggering US trade, investment, and travel sanctions against Eritrea and its leaders. The reason was the identification of Somali Islamist extremists attending a Somali political dialogue meeting in Eritrea. Indeed, this caused the US Government to become so enraged that the American Assistant Secretary of State for Africa expressed to desire to reopen the EEBC arbitration decision in order to favor the Ethiopian border claims. This request was not adopted.

The Obama administration accused the Eritrean Government of allowing the transit of arms to Al-Shabab – the reason for this  alleged support being that Eritrea wanted to help an enemy of Ethiopia, thereby putting pressure on its neighbour to implement the arbitration decision.

In 2009, Senior Etritrean officials met in Rome with the American Permanent Representative to the UN, Susan Rice, and the US Assistant Secretary of State for Africa, Ambassador Johnny Carson. The American delegation was apparently not satisfied with the Eritrean rebuttal of the allegations about their allowing the transit of arms to Shabab. There were also accusations of Eritrean support to insurgents opposing the Ethiopian regime from within. As a result, Ambassador Susan Rice introduced a resolution in the UN Security Council calling for sanctions against Eritrea.  The resolution, UNSC 1907, was enacted in a watered down version of the original harsh US draft, but nevertheless caused Eritrea to become something of an international pariah.  This situation continues.

However, as far as external support for Shabaab is concerned, all available intelligence indicates that Eritrea has not had any contact since 2009. Earlier intelligence reports, denied by Eritrea as fabricated, indicated that the country was facilitating the transfer of funds to Shabaab – nothing of that sort has been reported since 2009  by any source.  Those of us who know Eritrea well understand that the Eritrean leadership fears Islamic militancy as much as any other country in the Horn of Africa region.

In recent months, positive signals have been coming from both countries.  Eritrean President Isaias Afewerke has been quoted as saying that Eritrea cannot fulfill its destiny without Ethiopia. The Prime Minister of Ethiopia, Hailemariam Desalegn, has said that he is willing to go to Eritrea to engage in dialogue.  In short, the wartime tensions of 1998-2000 no longer have a logical basis for continuing to exist. Normalization of Ethiopian-Eritrean relations promises a win-win future for both nations.

In view of the absence of any intelligence, real or fabricated, linking Eritrea with Shabaab for over four years, the UN Security Council should terminate sanctions imposed in 2009 by UNSC resolution 1907.  Since European Union governments have maintained normal relations with Eritrea since the country’s independence, one of the European members of the UN Security Council should propose a resolution to end the sanctions. The US should agree to abstain rather than veto such a resolution.

To break the stalemate between Eritrea and Ethiopia over the implementation of the EEBC boundary decision, there needs to be a mutually face-saving solution. I propose that Ethiopia offer to accept a symbolic initial takeover by Eritrea of territory awarded by the EEBC, followed by the same day opening of dialogue with a totally open agenda.  This dialogue could have the benefit of a neutral mediator, or not, depending on the wishes of the two governments. Here again, one of the neutral Europeans should have the ability to inspire confidence in both sides.

A normalization of relations, following the end of UN sanctions against Eritrea, would have immediate benefits for both countries. A resumption of Ethiopian use of Eritrean ports would provide economic benefits to both countries with trade resuming in both directions. Both sides would also be able to demobilise the border with important cost savings.

Both countries, of course, continue to have important human rights issues. Normalization of bilateral relations would make it easier for the US and the international community to encourage political and governance reforms.

Finally, the normalization of relations between the United States and Eritrea would open the door to military-to-military cooperation of the type that would enlist Eritrea in the war against Islamic terrorism in the Horn coming from across the Red Sea.

Yes, the time has come to bring Eritrea in from the cold.