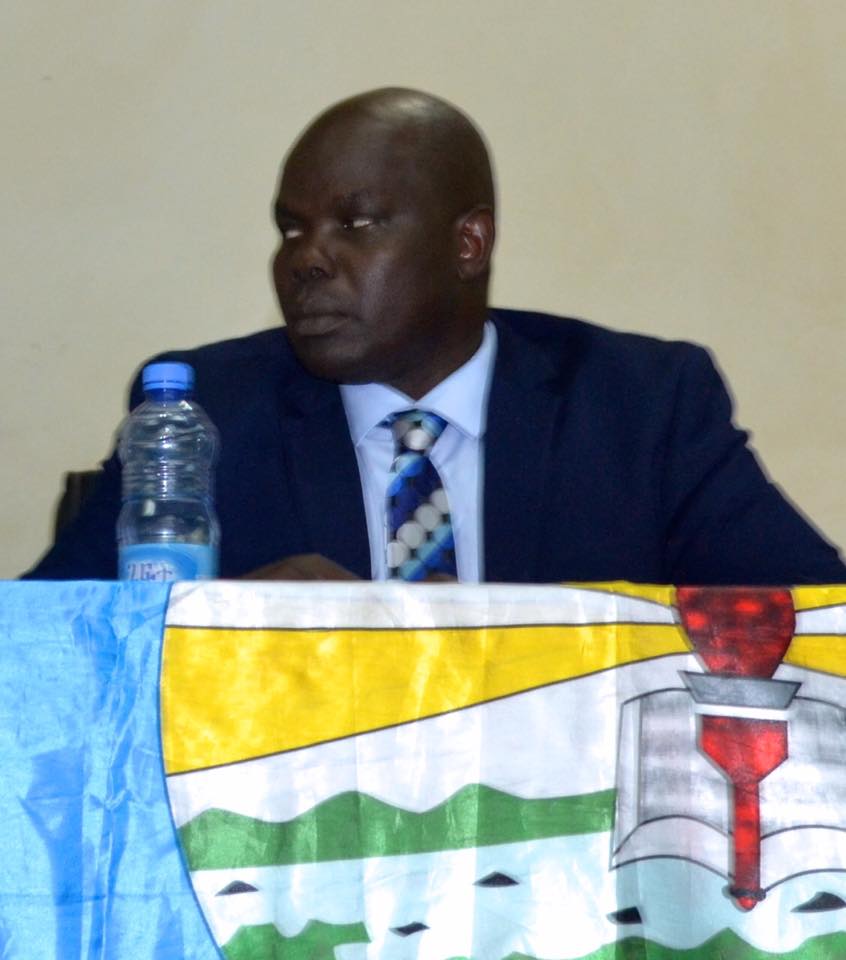 Good Afternoon! “እንደምንአመሻችሁ”. I would like to thanks the president of Bahir Dar University, vice president, Dean of College of Social Science and the Humanities and other members of the staff. It is an honor to be at the Bahir Dar University, one of the great universities of Ethiopia, located in one of the most beautiful city and the capital of the Amhara National Regional State in Ethiopia.

My speech today will consisted of both good and bad news. I will start with the bad news. We Ethiopians  are in trouble as a society. Despite all the great progress being made by Prime Minister Abiy Ahmed and his reform team, sustainable change is not assured, but could be hijacked in a multitude of ways, making the present open door to change in Ethiopia abruptly close. One of the biggest challenges is our division, much of it based on ethnicity, the dehumanization of others and the lack of safeguards within our government institutions that apply to all. Our current model of government, ethnic federalism, has so emphasized ethnicity that it has actually worked against unity and peace; instead producing conflict, violence and the polarization of our society.

Dr. Gregory Stanton, the President of Genocide Watch, has described eight stages of genocide that develop prior to its actual occurrence. He explains that genocide is a process that is predictable, but that at each stage, preventive measures can stop it. Sadly, a number of those stages have already been reached; however, the challenge before us today is to not only reverse that process but to replace it with something much better. Now, let us evaluate where we are at now by explaining some of the stages and their descriptions.  Judge for yourself!

For example, the first stage: Classification; has been used to separate people into “us” and “them” categories based on such characteristics as ethnicity, race, or religion.

The second stage: Symbolization; attaches symbols to members of groups. This includes cultural distinctions, like dress, ethnic characteristics or language, which then are combined with negative labeling, hatred or discrimination against an entire collective group by another entire collective group. It’s a “group-think” problem.

A third stage: Dehumanization; diminishes the humanity of another group as less “human” or deserving than one’s own, including the demonization of some. It makes it easier to perpetrate crimes and injustice against them. Individuals are grouped together with their collective groups so revenge crimes are not specific to the person who actually committed them and hatred is generalized to include all members of the group.

A fourth stage is: Organization; because the killing of a partial or whole group, the definition of genocide, is always organized, usually by the state and includes calculated plans with a payoff as the underlying reason—like eliminating a powerful opponent to one’s own plan to gain power, resources, land or control of some desired asset.

A fifth stage is:Polarization; where extremists, or those with entrenched interests, work behind the scenes to propagate hate, division, conflict and violence, intimidating and silencing the more moderate voices. This can be advanced by bribes, corruption, self-interest, threats and other forms of pressure to gain access to destabilizers, like government officials or individuals supporting them. It can be blamed on others and be used to sabotage progress and diminish trust in others in positions of influence.

The sixth stage is:  Preparation; where specific obstacles to one’s goals, including individuals or groups, are identified and separated from others based on ethnicity or some other factor as well as influence and power, often leading to making a list of persons and groups to be targeted, even a death list like was done in the case of the Anuak leaders to be eliminated.

The seventh and eighth stages are the actual perpetration of genocide and the denial and coverup that follows; however, I want to focus on these first six stages as Genocide Watch warned of the buildup in Ethiopia over two years ago, prior to the emergence of PM Abiy and team.Suddenly, the entire landscape of Ethiopia changed bringing great hope and much progress. This miracle of opportunity for meaningful reforms took all of us by surprise; but yet, we are still left with ingredients for trouble which could sabotage these new leaders and their efforts to bring sustainable change.  That is the bad news, but there is also good news.  That is why I am here with you today; I have hope for the future.

If we believe this sudden open door is a gift to Ethiopia, we have responsibility to carry out our own efforts to bring change that is sustainable. Those of you here today can make a difference in the outcome. It involves critical thinking about where we are at and evaluating the strengths and the weaknesses, the lies and the corrections, what can be done and what must stop; what should be changed and what should be reinforced. I challenge you today, to not walk out of here until you decide to contribute one thing to make Ethiopia a better place not only for you, but for some yet unknown person God may put in your path. Will you commit?

I was asked what I meant when I spoke of a “New Ethiopia.”I explained that this meant a new way of thinking where we valued each other because we were all created by the Almighty, who gives every human being value, dignity and worth. This means that each stage I just described is contrary to His truth about how He regards “others,” as well as ourselves.  The foundational principles of the Solidarity Movement for a New Ethiopia are based on these truths. It matters what we do. It matters how we treat our neighbors. It even matters how we treat our enemies.

No one is free until we all are free.

The good news is that changing our own minds and hearts, we can influence our society for good, changing its course to one where the people of Ethiopia can better work together for the common good of the nation, helping ensure more sustainable change.

THE ROAD TO THE HUMANIZATION OF OTHERS

Premises in a healthy society

REACHING OUT TO TALK TO EACH OTHER: SOME IDEAS

Students from another university have expressed concern regarding the increasing incidents involving infighting at various schools throughout the country.  WHY NOT TALK ABOUT IT?

That will be the best good news of all!