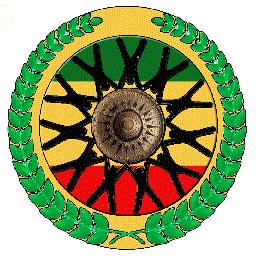 Following the European Parliament’s Resolution of January 21, 2016 on the situation in Ethiopia “strongly condemning the recent use of excessive force in Oromia and in all Ethiopian regions,” Shengo expressed its appreciation to the EU and called upon the Congress of the United States to take a similar stand. In this regard, we recognize the concerted and relentless campaign made by Ethiopian civil society, political, spiritual and professional groups as well as individuals.

The United States Senate Resolution “supporting respect for human rights and encouraging inclusive governance” in Ethiopia could not have come at a most opportune and critical time in Ethiopia’s long history. In particular, we note with appreciation that the Senate “condemns killings of peaceful protestors and excessive use of force by Ethiopian Security forces, the arrest and detention of journalists, students, activists and political leaders, and the abuse of the Anti-Terrorism Proclamation to stifle political and civil dissent and journalistic freedom.”

Shengo has been calling on the government of Ethiopia to release all political prisoners, desist from forcible evictions of indigenous people from their lands and repeal the draconian 2009 Anti-Terrorism and Charities and Societies Proclamations that have been used as blunt instruments to punish dissidents and to degrade civil society. We are encouraged by the Senate’s call on the government of Ethiopia to “refrain from violence (state, our emphasis), halt the use of excessive force by security forces and conduct a full, credible, and transparent investigation into killings that took place in Oromia, and hold security forces accountable for wrong doing through public proceedings, repeal proclamations that are used as political tools to harass or prohibit funding for civil society organizations.”

We are especially encouraged by the Senate’s “Call on the Secretary of State to conduct a review of security assistance to Ethiopia.” Ethiopian civic, political groups, academic and professional groups have questioned repeatedly the wisdom of providing American security assistance to a state and government that uses these tools to punish its own people with impunity. Equally, we are encouraged by the prospect that USAID “would advance democracy and governance” and apply due diligence and oversight in the provision of both humanitarian and development assistance. The government of Ethiopia continues to deny food and other forms of humanitarian assistance to potential dissidents and non-party members. It also restricts official development assistance on the basis of political and ethnic loyalty.

Last but not least, Shengo is enormously gratified by the resolution that the Senate “stands by the people of Ethiopia, and supports their peaceful efforts to increase democratic space.” Together, we have a golden opportunity to leverage the resolutions of the two most significant donors and diplomatic supporters to the Ethiopian regime. (Please click here to read the statement in PDF)